After school, on Thursday 5th May, a group of twelve year 5's and 6's went to Amery Hill to take part in a Rounders Tournament. The children worked brilliantly as a team and came third in their pool. This meant that they went into the play-off for 5th or 6th place. After batting first, followed by a tense fielding session, St. Mary's emerged victorious - by just half a rounder! The team were ecstatic to be awarded the 5th place certificate, and all of them said what great fun it had been! Well done team!

Rounders Photos - fun in the sun! 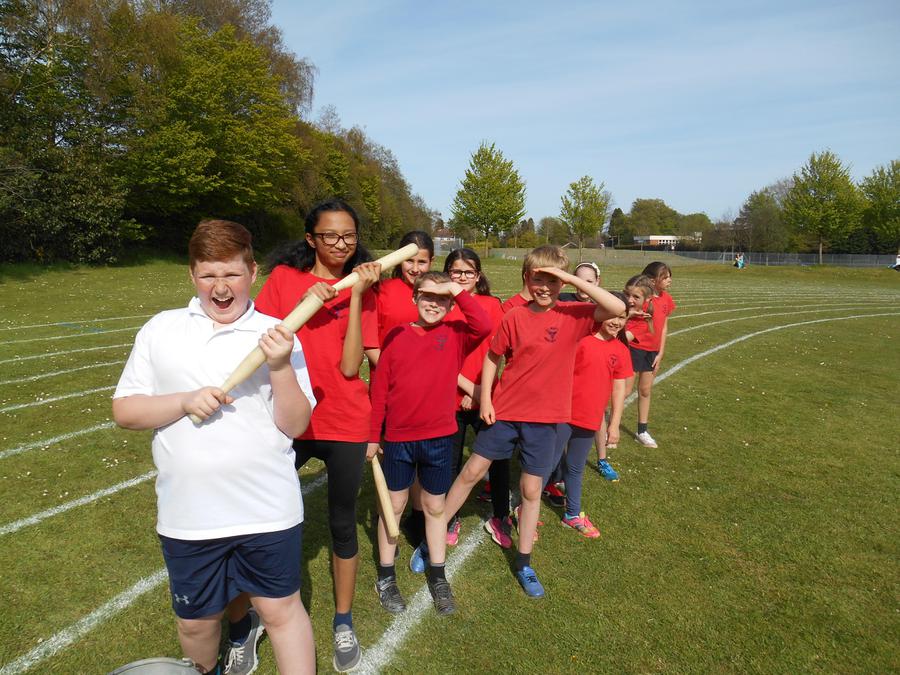 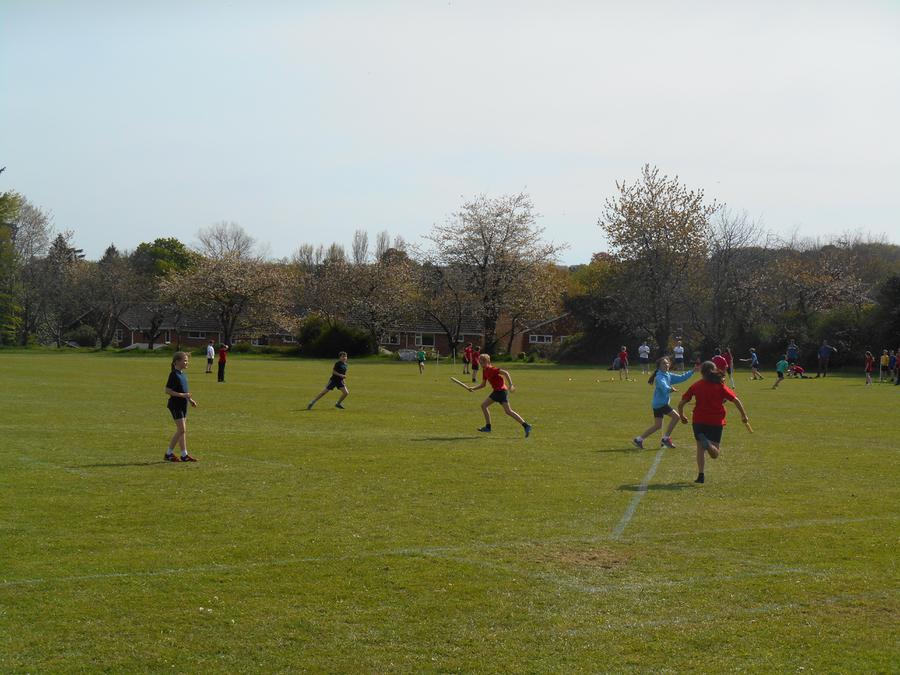 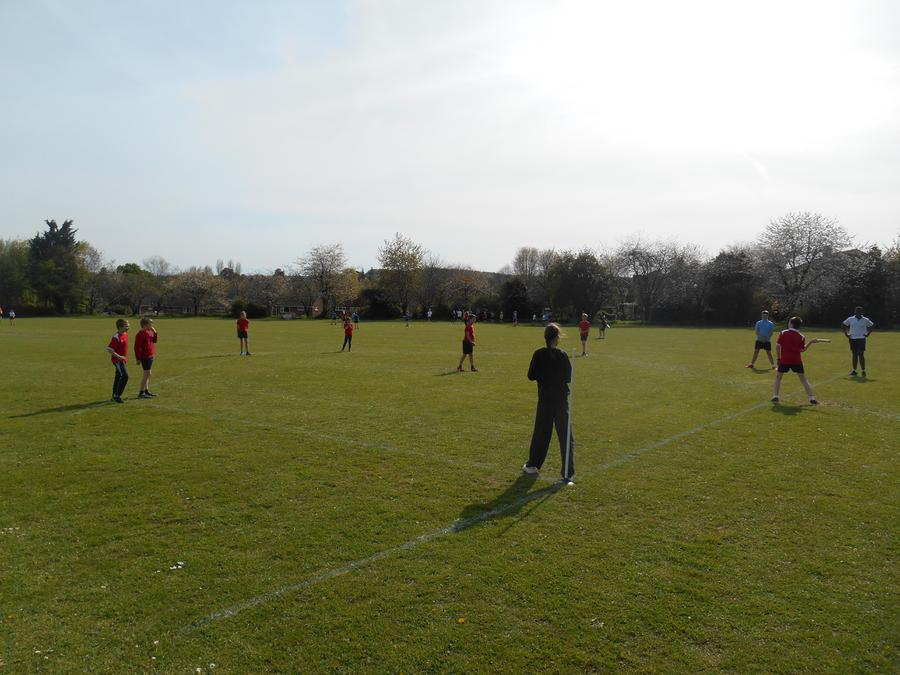 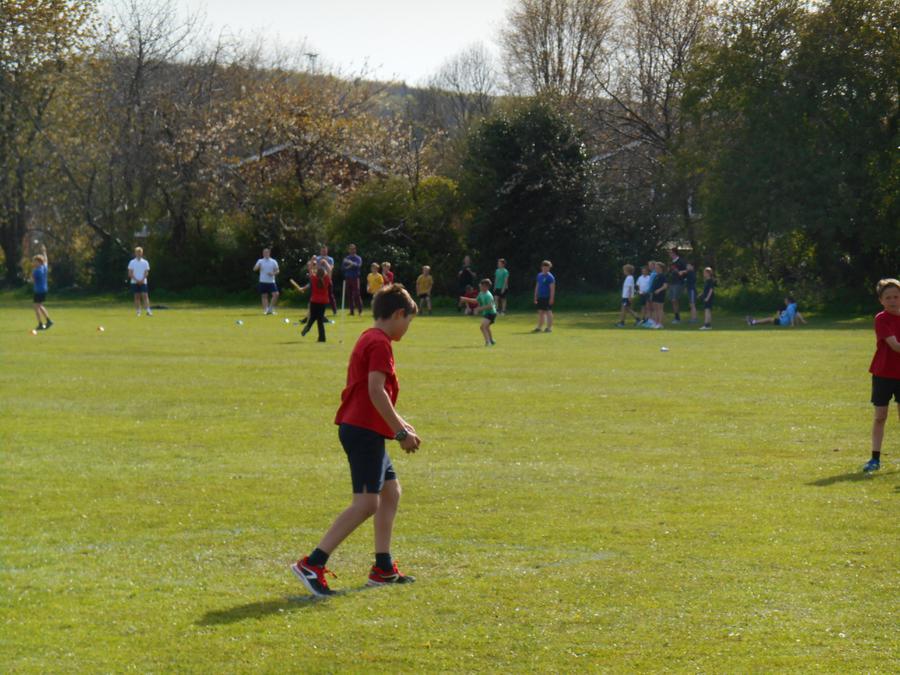 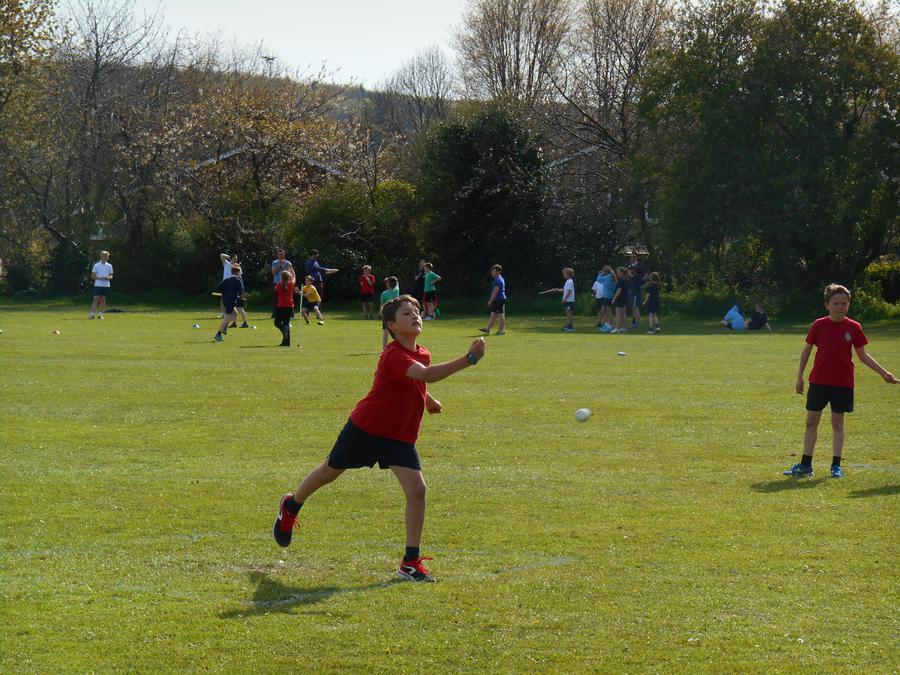 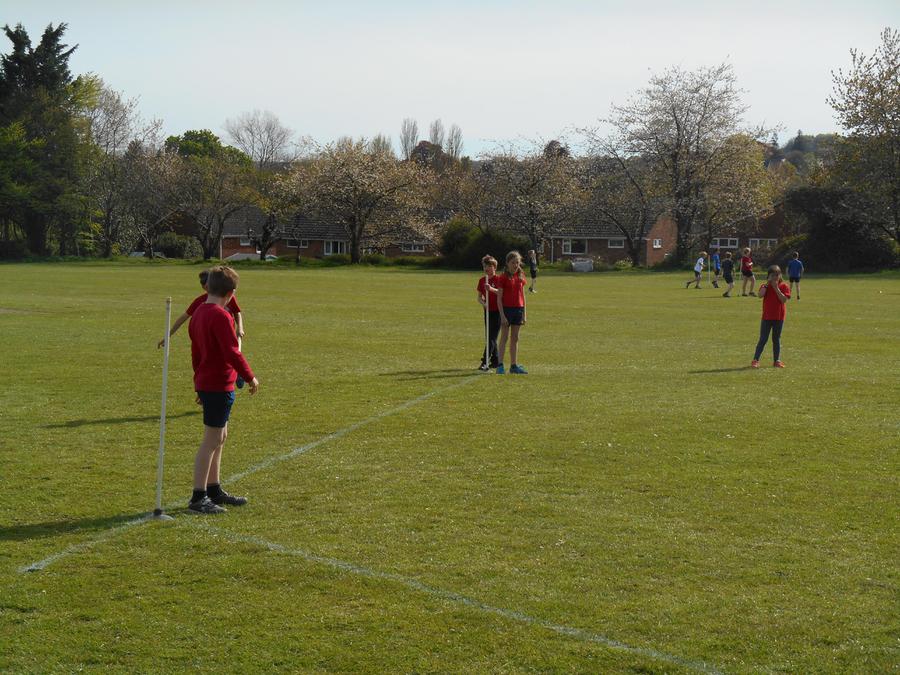 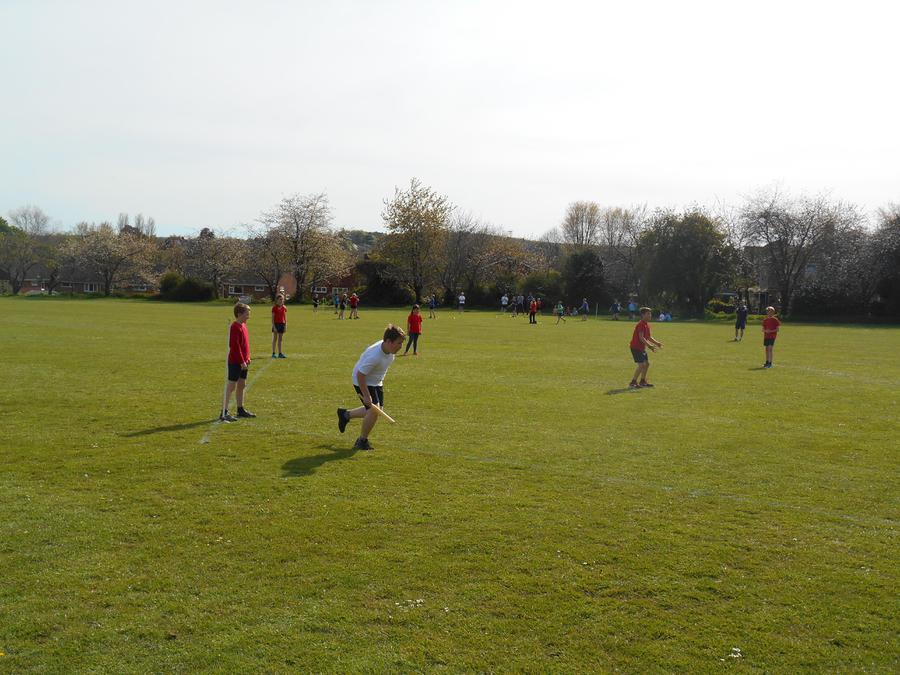 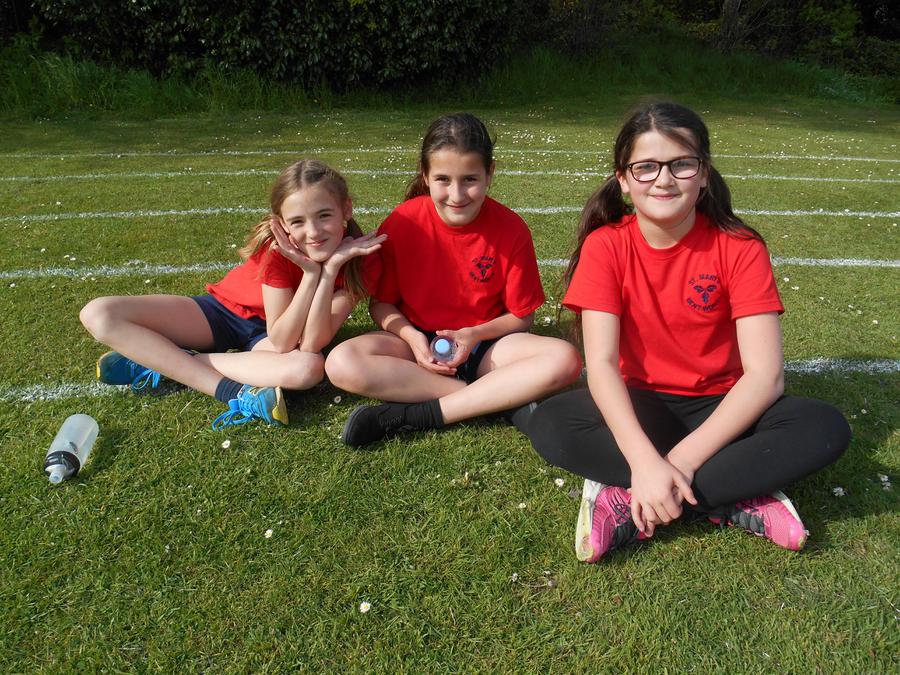 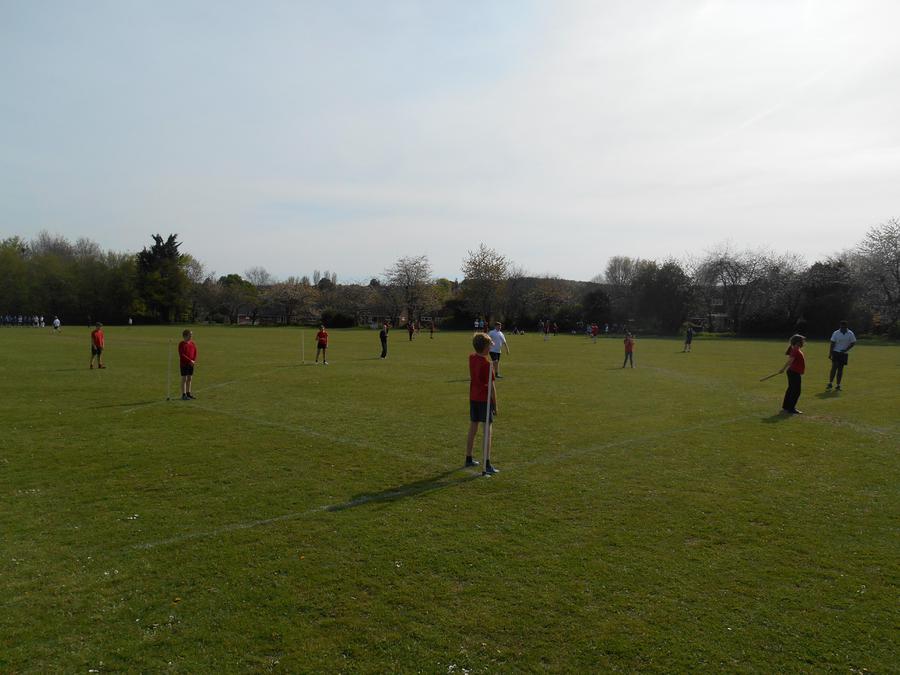 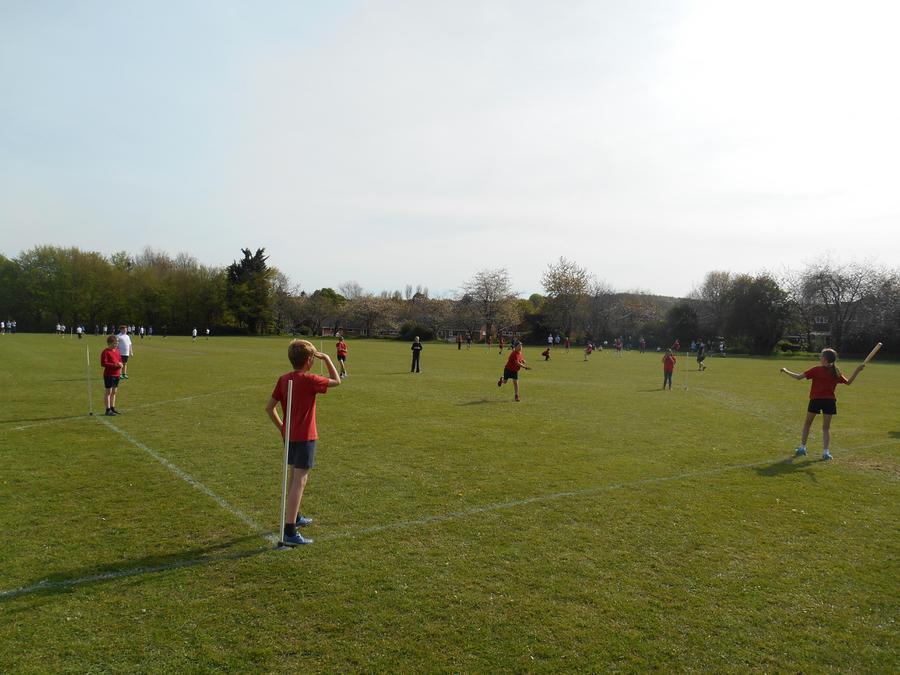 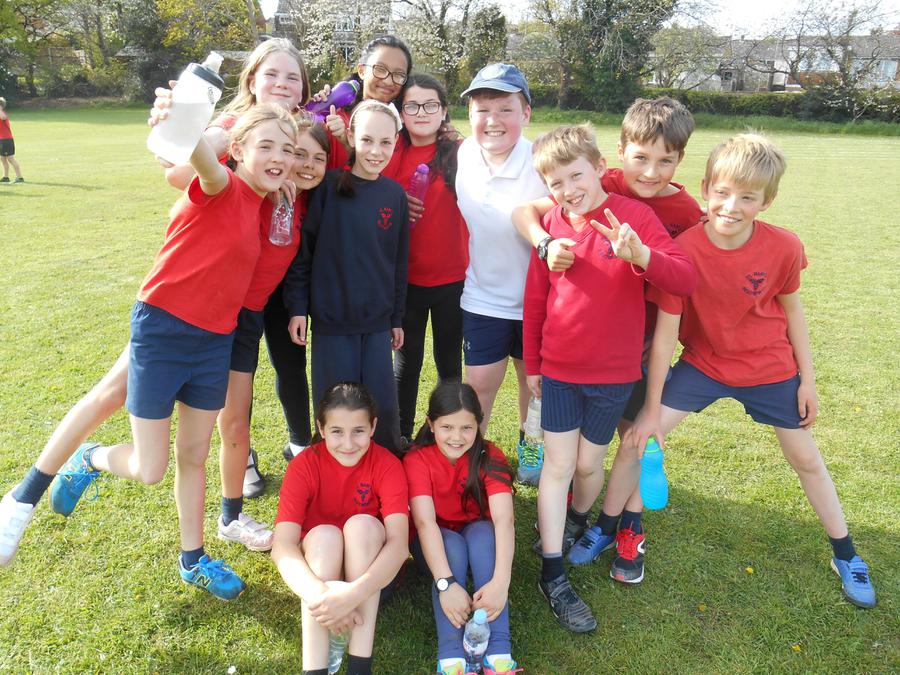 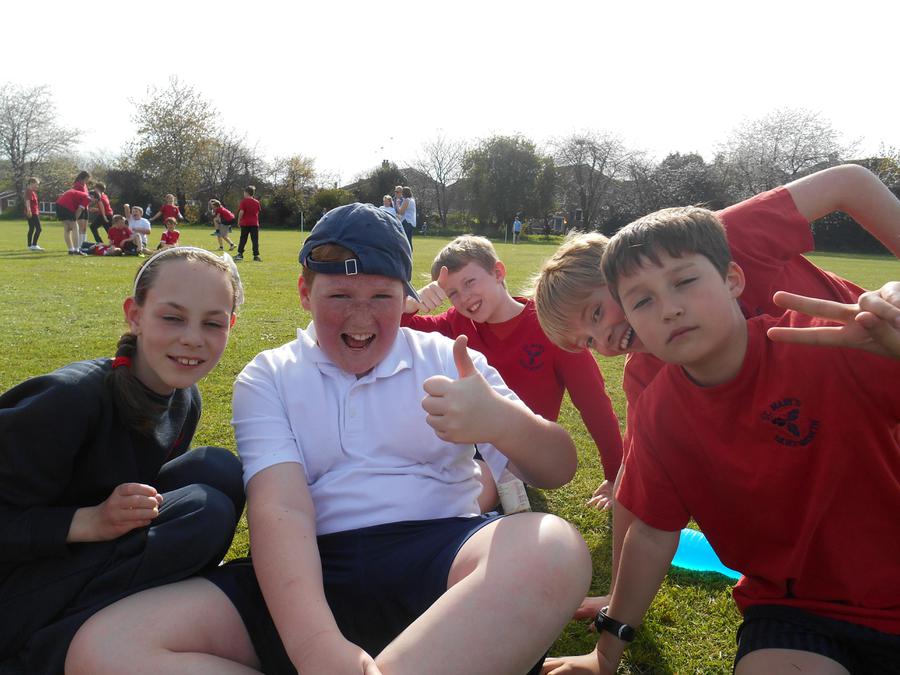 This year the girls and boys footballers in Lime and Elder took part in the Alton Schools Football Tournaments. Both teams played brilliantly and fought against some tough competition. The girls, who had never played together before, improved consistently throughout the afternoon and the boys made some stunning defensive manoeuvres - holding off the tough competition!

Our Church School Councillors had a great time at St Lawrence CE School where we met with other councillors, planned activites to support our communities and said a prayer.

The Pupil Parliament from Amery Hill School came to help our Pupil Council plan a fundraising day for Children in Need. We had brilliant ideas and made posters, bunting and wrote letters. We all had a great time and look forward to our Children in Need spectacular.

On the 5th November 2014, children from St Mary's spent an afternoon at Amery Hill as part of a music project.

It was wonderful to see the church full with family and the wider community for our Easter Service. Every child in the school contributed to this special service where the pupils inspired us all to reflect on what Easter means to us through the telling of the Easter story. The singing was fantastic and indeed many said it was very moving. The drama sections portrayed key moments with great confidence and the speaking was bold and clear. Ella wrote an amazing poem called 'The Garden of Gethsemane' which the class performed. You can find this in our newsletter or on Elder's Class Page. Truly brilliant! Below, you can see the wonderful pieces of artwork (Lime Class)that were shown during the Easter service. They are very striking and have been displayed in the church for the community. We hope everyone has a very special Easter.

Thank you to everyone who could come along and share such a special day. All the children loved sharing their learning and their routines. There was plenty of refreshments and there was even a magic show to end the sessions- thanks to the lunchtime magic club run by some children in Elder Class. The photos tell the stories.

Thanks again and thank you for the feedback forms- really useful!

Next term...Grandparents get their chance on Friday 9th May 2014.

My children feel so safe and happy here. They are keen to go to school every day

The school teaches really important life skills through the resilience work- understanding failure is a learning opportunity, not a catastrophe

Communication is excellent- I always know the door is open

The staff show an exceptional level of commitment to the school