This is an exciting initiative aimed at supporting community resilience and challenging rural isolation and loneliness. We were delighted to be accepted on to the project- one of ten in Hampshire.

Our school community have chosen the name The Generation Game and please enjoy the photos and newsletters below.

Generation of peacemakers pay tribute to the fallen

“When you go home tell them of us…” was the theme of St Mary’s Intergenerational week. In this exceptional centenary year of World War 1, the community at St Mary’s Bentworth CE Primary School wanted to pay tribute to the legacy from this generation. The children and community wanted to remember and give thanks for the ultimate sacrifice men and women made during this war. This remarkable generation have shaped our world and we all owe so much to their bravery, selflessness and strength. As children St Mary’s owe it to them to be a generation of peacemakers and all the children pledged, as a community through this artwork, to live in harmony.

In our artwork for each village, they choose every aspect carefully: a gold frame to represent the centenary year. Hessian to show that the soldiers are from a rural area, many of whom would have been agricultural workers. Each individual handmade poppy is different; a different shape, a different centre, representing every soldier who gave unique service and sacrifice for our peace today. The number of poppies are for the number of soldiers who died in this village. The purple poppy represents the millions of animals that were killed transporting ammunition and supplies to the front line.

Our large cross represents our different experiences of conflict and war. The children reflected on the impact of war in different ways. Some listened to poems and music from different periods of conflict, some read through letters and talked through the striking images of war. Through this immersion, each class designed different parts of the cross to show thanks for the sacrifices made by so many. Making this into a cross, shows how we can come together, through God’s love, to bring peace on earth. 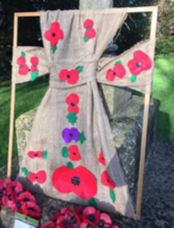 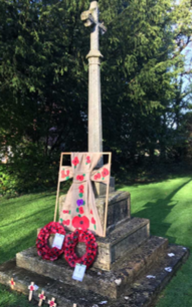 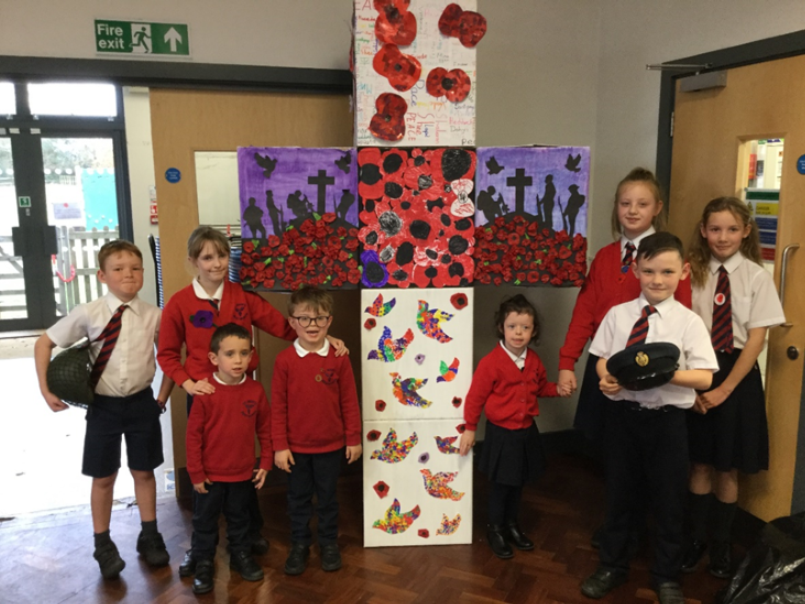 On Friday, the school had a special Intergenerational Day where family and friends joined us to explore World War 1 and learn from the past. Two pupils, Harry and Henry, created a museum filled with World War 1 and R artefacts, photographs and memorabilia. Many members of the community told their stories about friendship, loss and selflessness. A war veteran also came with his assistance dog, discussing with the children how this works and why this support is so life-changing. A parent said “ it was such an enjoyable afternoon, the craft ideas were spot on and the children gained so much from it”. A grandparent said ‘I am welling up watching the children so absorbed about the past but so positive about the future. The harmony- older children working with younger children, such a range of art activities as well as a wonderful café with school-made cake- it is very special”. 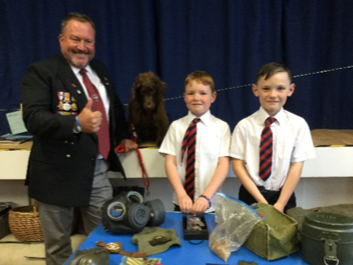 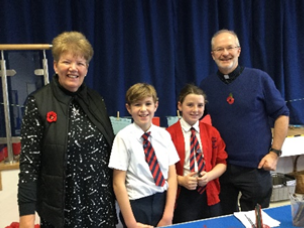 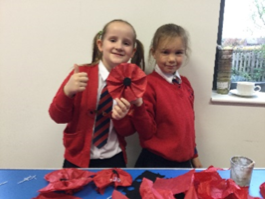 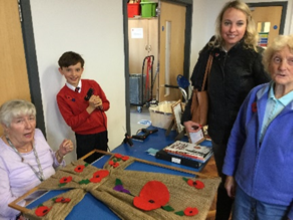 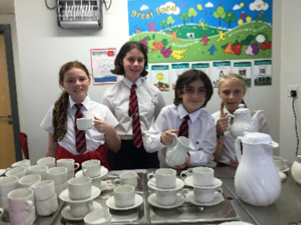 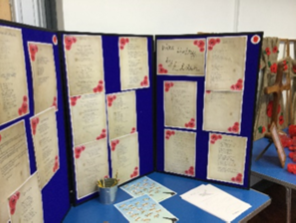 St Mary’s came together to honour the sacrifices so many have made and continue to make, as well as to look forward as peaceful communities.

The Church Council organised a fantastic Generation Game all about India to raise money for sponsorship of a girl at Kathryn's Mercy Home. There were lots of activities including rangoli patterns, henna art and trying on lots of wonderful outfits. Mrs Matharu made some delicious onion bahjis which were also sold at the end of the day to raise more money. Well done Church Council for a great afternoon! 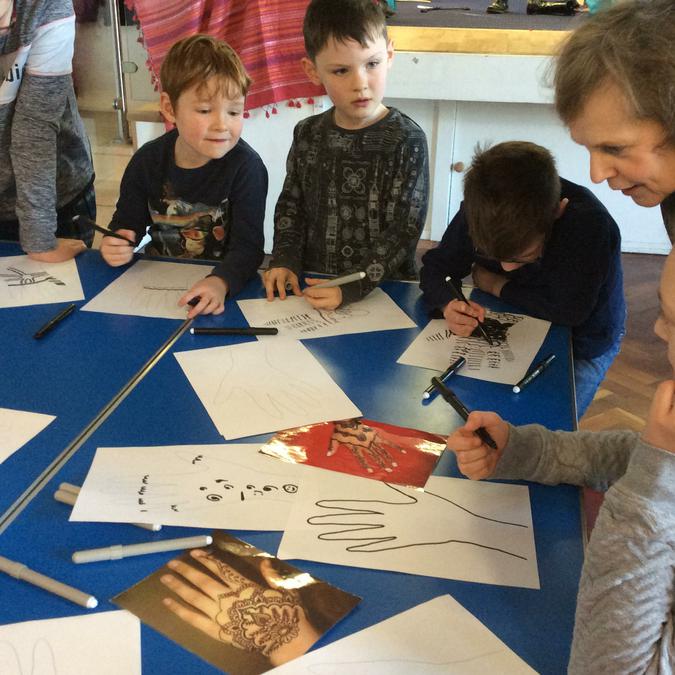 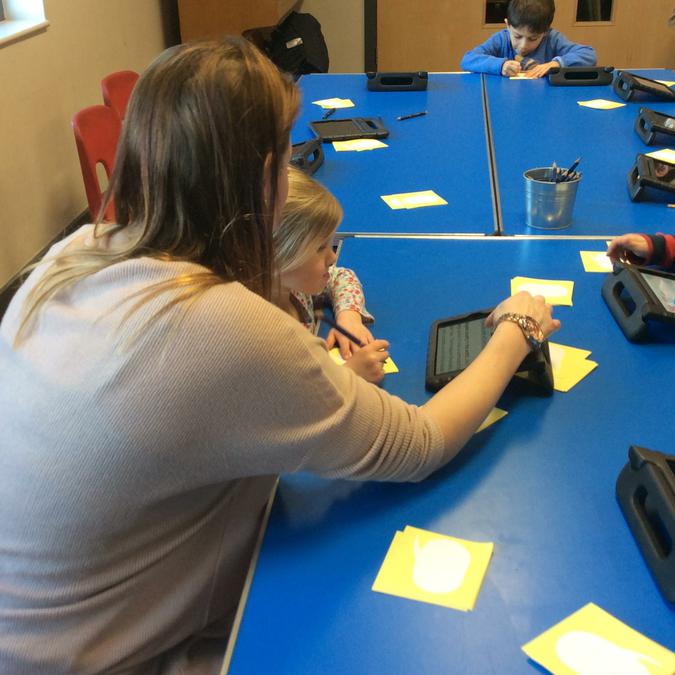 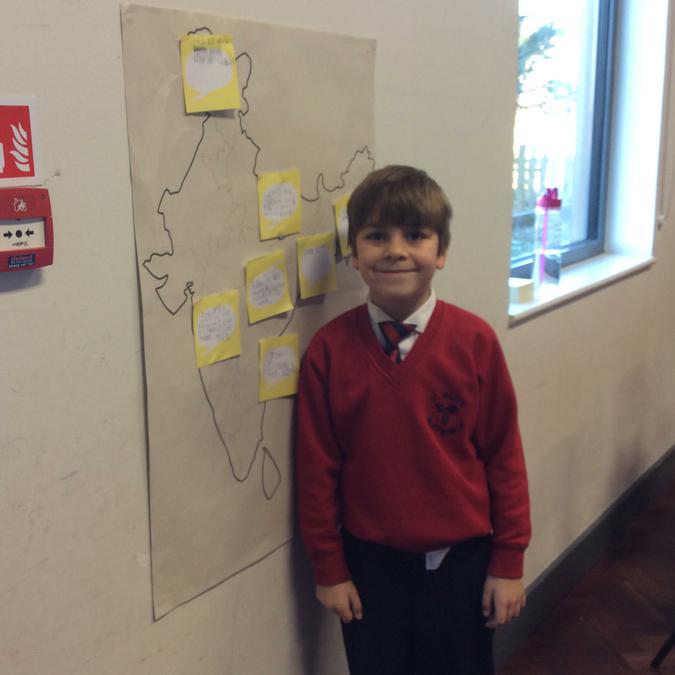 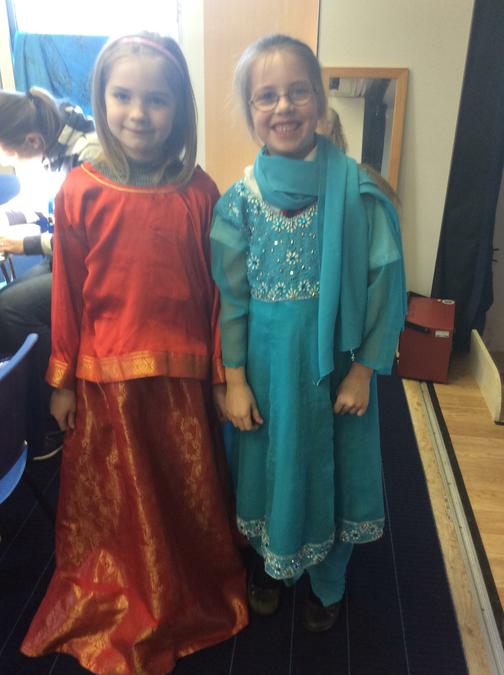 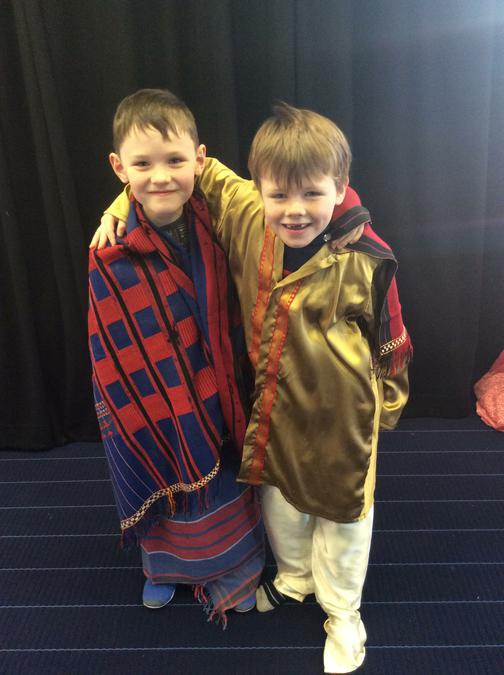 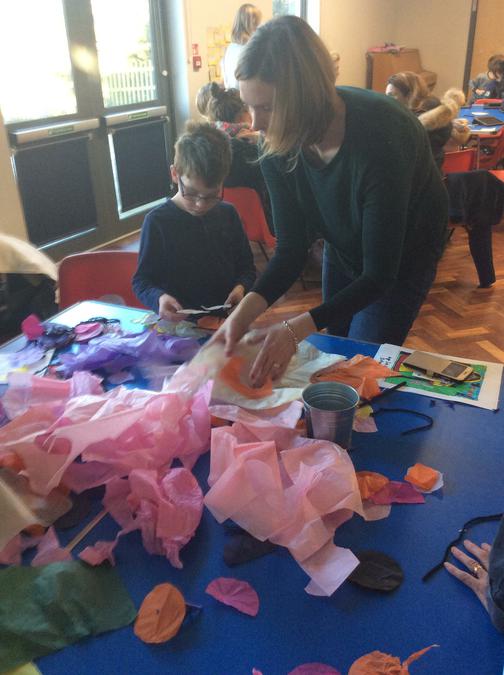 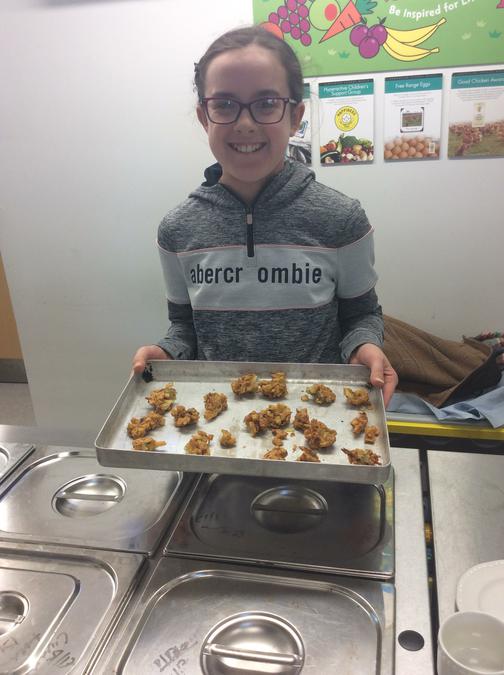 On Tuesday 3rd June we were delighted to welcome cyclists Lucas Meagor and Chris Britton. They are currently cycling 3,000 miles to visit all 111 Gold Post Boxes and over 20 London 2012 Olympic & Paralympics venues in aid of Sport Relief,  Paralympics GB and Tree of Hope.

The cyclists stopped at Alton’s Gold Post Box on Paper Mill Lane at approx. 3.45pm, they were greeted and offered refreshments by the Town Mayor and Mayoress along with the Town Crier, Councillor Sue Hodder, Emily-Jane Messenger (Communication and Events Officer) and Megan Horwood (Community Sports Officer.) The team arrived 45 minutes behind their original 3.00pm eta, explaining that they didn’t want to let us down and so had not even stopped to eat since breakfast. On hearing that there were several Bentworth school children waiting for them at the next box, they insisted on carrying on to greet them before eating. The Town Mayor offered words of encouragement in support of their epic cycle challenge for charity, and congratulated them on their efforts.

The Cycle team reached Bentworth’s Gold Post Box at approx. 4.30pm. They were cheered as they arrived by the Bentworth school children, who had been waiting in excited anticipation for 1 hour after school had finished. The children had made posters wishing Lucas and Chris good luck with the rest of cycle challenge.

Lucas Meagar said “We have been so overwhelmed by the support we have received in Alton and Bentworth. We have never had a Town Crier and a Town Mayor greet us before. We shall take the Bentworth school children’s posters with us, in our map folder for good luck on our cycle around the rest of the country. Thank you so much to Alton Town Council who have organised such fantastic welcomes for us at the two gold post boxes, with such short notice. We really do appreciate all the support we get at each post box, which helps to encourage us on our charity cycle challenge.”

Peter Charles the local Equestrian Olympic Gold medallist for whom the boxes have been painted gold, showed his support by retweeting the picture and message from Lucas Meagar at the Bentworth Gold Post Box.

Cllr Graham Hill Alton’s Town Mayor said “It is an amazing challenge that these two men have undertaken in support of Sport Relief, Paralympic GB and Tree of Hope. I wish them luck and good weather for the rest of their incredible journey”

My children feel so safe and happy here. They are keen to go to school every day

The school teaches really important life skills through the resilience work- understanding failure is a learning opportunity, not a catastrophe

Communication is excellent- I always know the door is open

The staff show an exceptional level of commitment to the school